Nutritionally improving straw by dipping straw into vats of lye (concentrated sodium hydroxide) was first shown to be effective in 1900. Straw was dipped in the solution until it was estimated that the chemical process had advanced enough. It was then taken out and washed with water. This was a very difficult process to manage – the product was inconsistent, the process was dangerous and produced a lot of effluent. Not surprisingly the product was not a success!

However there were two big changes to the ruminant feed market in early to mid-1980s:

In a much reduced market place, without a clear ‘buy’ signal from a computer, the use of NIS dropped dramatically.

A few farmers have continued to feed NIS as they had experienced the beneficial effect that it can have.

Now, with a renewed interest in managing margins more effectively and more advanced knowledge about the importance of effective fibre, NIS is staging a comeback! 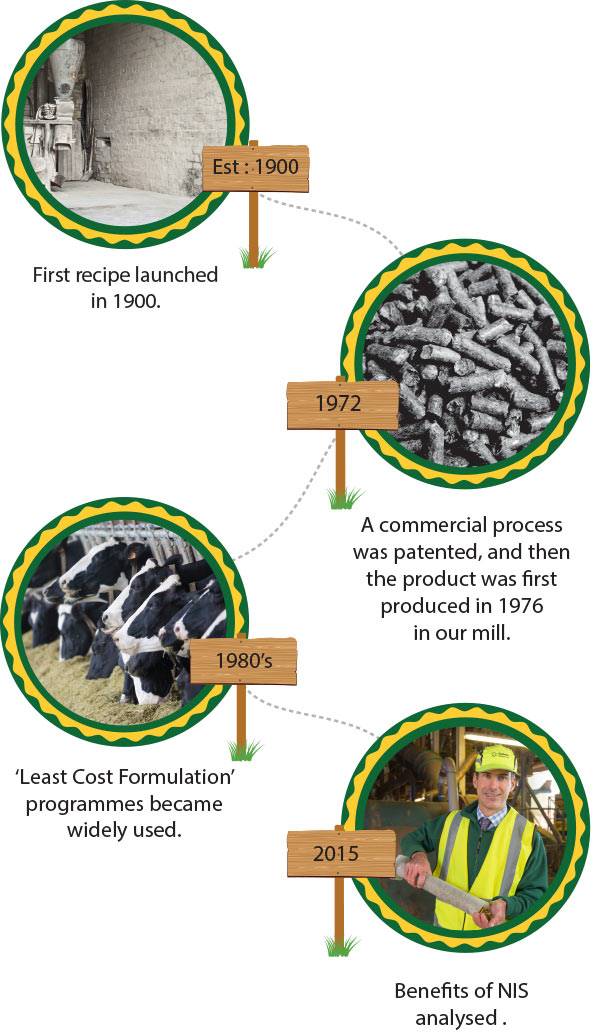