Switching the source of fibre in a calf starter ration has prompted an increase in daily liveweight gain of around 10 per cent in young calves, a new study has found.

The study, carried out at Emma and Joff Roberts’ farm near Leominster, took two batches of evenly-matched two-week old calves past weaning over a nine-week period. One batch was offered the usual calf starter nut alongside milk, with the other offered the same nut but with most of the soya hull content replaced by nutritionally improved straw (NIS).

Emma, who rears around 700 calves each year, taking them from two to twelve weeks of age, believes the difference lies in the effectiveness of the fibre source in kick-starting rumen function and avoiding the post-weaning ‘slump’. 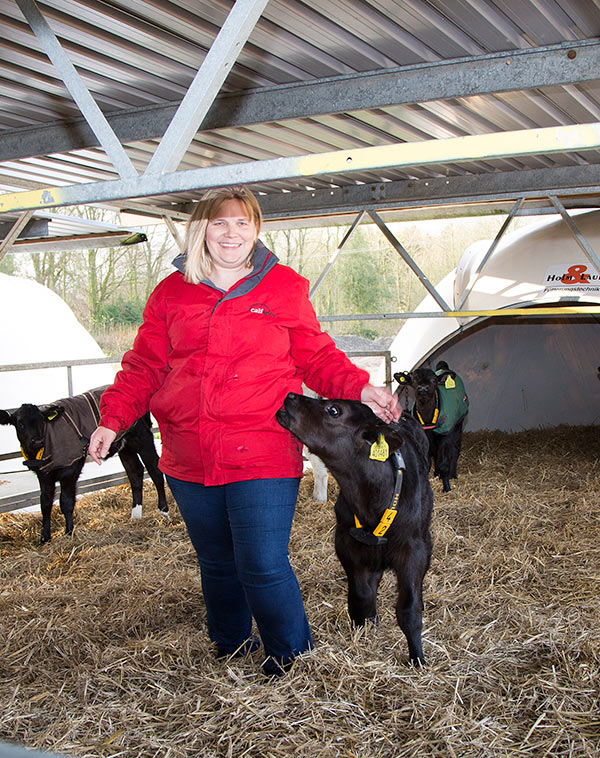 We’re repeating the study to get a better idea of the average gain we can expect but we’re confident there’s a positive effect. Even our vet has commented on the bloom on the calves fed the NIS-based diet. 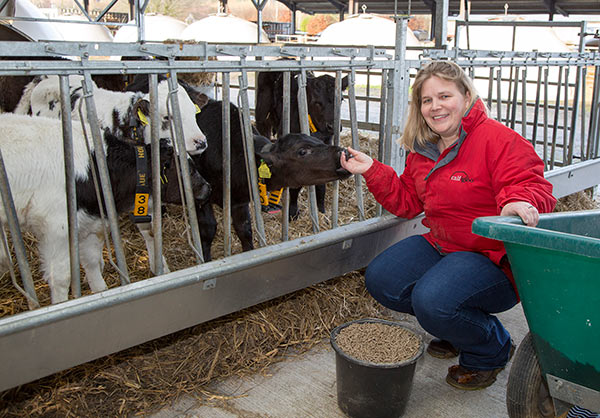 “We’re really encouraged by these early results,” he says. “From three days old, the aim should be to offer a solid feed the calf likes but which also gets the rumen wall working so the calf can start chewing cud. This then allows the optimum level of starch to be included in the diet to develop the rumen papillae.”