Introducing Chessie Aitchison and her chestnut gelding, Arthur. Over the next few months, Chessie will tell us how she and Arthur are getting on with their preparations for the Grassroots Championships in the BE90 class to be held at Badminton House 3-4 May 2022. 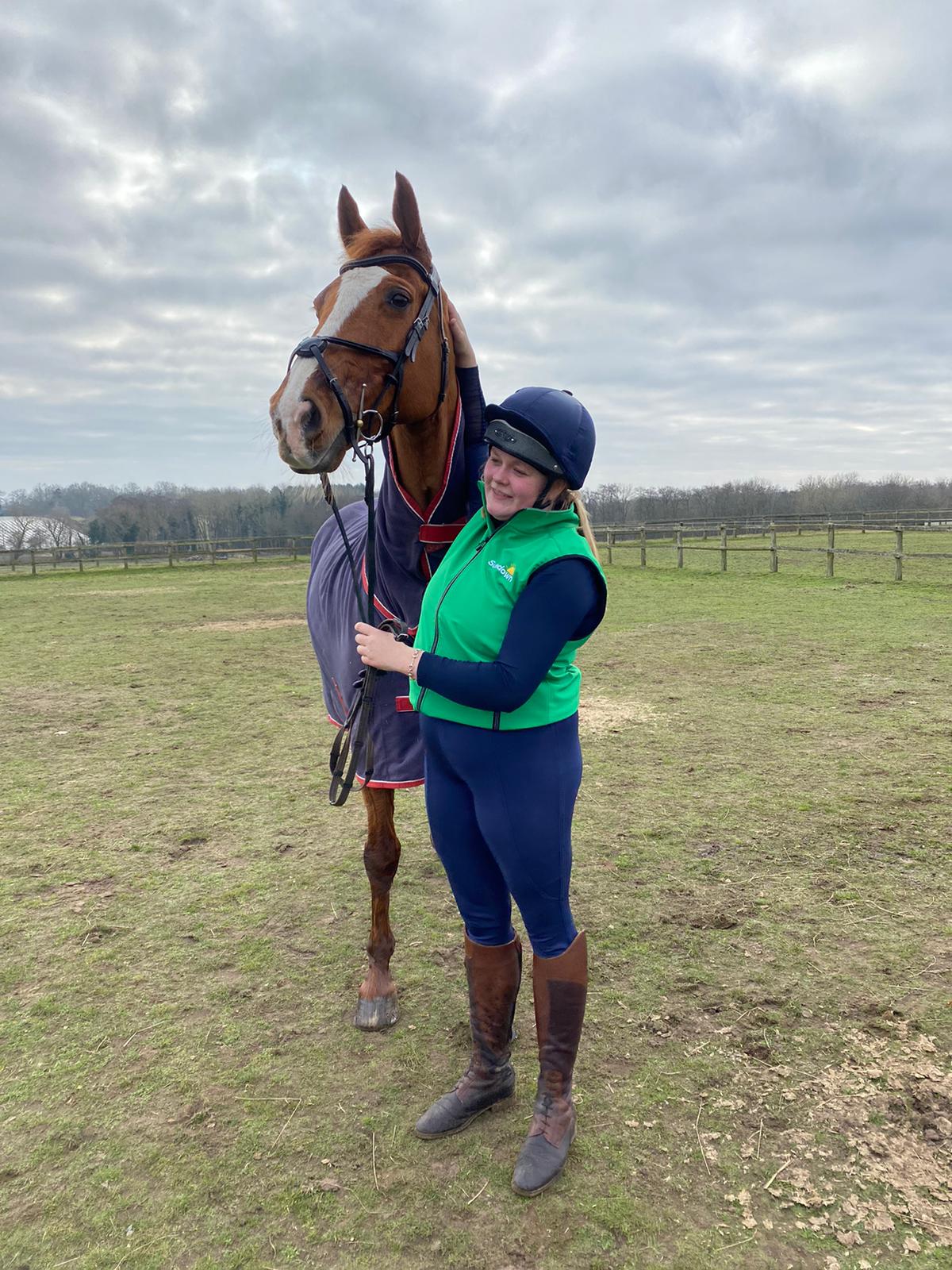 My name is Francesca Aitchison or Chessie to most people, I event up to BE100 my 16.2HH chestnut gelding Wix Spring Realm or Arthur to his friends.

I am 22 years old; having ridden since I was 10! Over the years I have had some lovely, and some naughty horses, mainly focusing on dressage, doing bits of pony club, and hunting in-between times!

In 2014 Arthur made his entrance, he came up for sale and was pretty much what we are looking for, he had done some low-level BE and pony club, and was a bit of a dressage diva. He has been my best friend for eight years now!

However, our story has not been all smooth sailing, about three months after we bought Arthur home, we discovered that he had ruptured the large ligament that runs along his back and broken his left fore humorous. All in all, he was in a bit of a mess! Several weeks at Newmarket Equine Hospital followed by months of box rest, and then about a year of reduced turnout and in hand walking.

Sundown yellow was a total lifesaver during these dark times, while on box rest we were determined to find a bed that was stable and comfortable for him, easy and quick to muck out, dust-free to help his breathing, and importantly cost efficient! Sundown Yellow ticked all these boxes and more for us and seven years later I cannot imagine using anything else!

Arthur made an unheard-of full recovery and came back bouncing better than ever! Cut to about five years later, and we have been to the BRC eventing and show jumping championships, competed in dressage at the Pony Club championships, been on team Suffolk for British dressage, and completed two full seasons of British Eventing with a clean sheet across the country. The last point leads me to where we are today; we qualified for the BE90 at the Grassroots Championships, and from there it has been a year of preparing for the big day! Hopefully, you will enjoy following our journey in the last few months of preparation. We are very excited to have you all along for the ride!

We’ll be updating Chessie’s blog as she gets closer to her and Arthur’s big day at the Grassroots Championships from 3rd to 4th May. 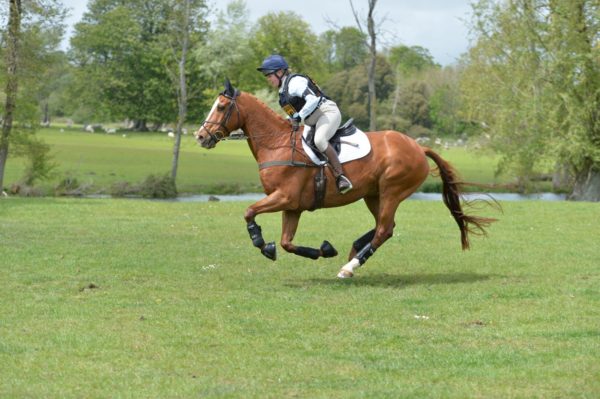 February update: Working on our showjumping

This month we have been focusing on our weakest phase of eventing, the showjumping! I know I know, it shouldn’t worry us that much, all the poles fall down and it holds the least amount of faults compared to both cross country and dressage… however for me it is a major stress! Arthur and I have a habit of having a pole (or two shhhh) down each round we face, something that over the years has been a thorn in my side and very irritating.

So before Badminton, I was determined to get over this bump in the road. My fab instructor and I have been working extremely hard over the past months determined to get that double clear. Gridwork has been our friend and Arthur and I have been doing it religiously once a week, trying to get him up in the air, and really respecting his fences. It seems to be paying off with a few good double clears around some tough British showjumping tracks. But honestly, the main takeaway from this month’s training has been that I have a new-found respect for the showjumping and it is no longer just the phase I have to do to get to the cross country! Here’s hoping all the hard work and my new attitude to the showjumping pays off once were out eventing again.

Our first event is Poplar Park BE90 on the 6th of March, which luckily for us is our local event. I am really aiming for a nice steady run, with a good dressage and a clear showjumping all being well.

I hope everyone whatever you’re doing to start your season it goes well and you manage to keep those poles up! 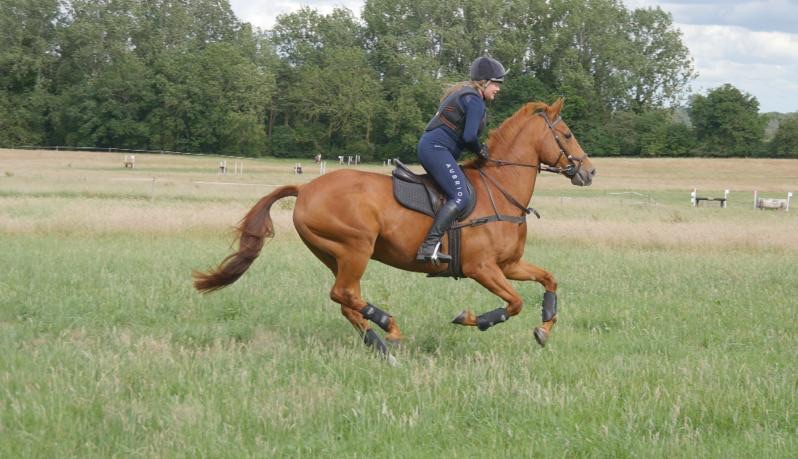 May update: Badminton is here!

Arthur and I are currently in the lorry travelling to Badminton, so I thought I would take this chance to update you!

Our final preparations have gone as well as we could have hoped for – I was really aiming to nail the dressage phase and at our final run before badminton and that’s exactly what we did and came away with the score of 24.5. This has been our best score to date so it definitely left us all feeling positive before the big day!

Now that badminton week is upon us and all the hard work has been done. I think it’s important to remember why we do this, equestrians work hard all year round to provide, love, care and nurture these amazing animals, and in return they give us the unbeatable feeling of flying over fences or dancing our way through a dressage test. My journey with Arthur has certainly not been plain sailing but in the most important week of my life to date I think it’s important to reflect on how far we have come as a partnership. I urge everyone to do the same, because once you realise how far you’ve come you cannot help but be proud!

Anyway enough from me, I wish everyone competing at Badminton 2022, or this weekend in general the best of luck!

Good luck Chessie and Arthur from the Sundown team! 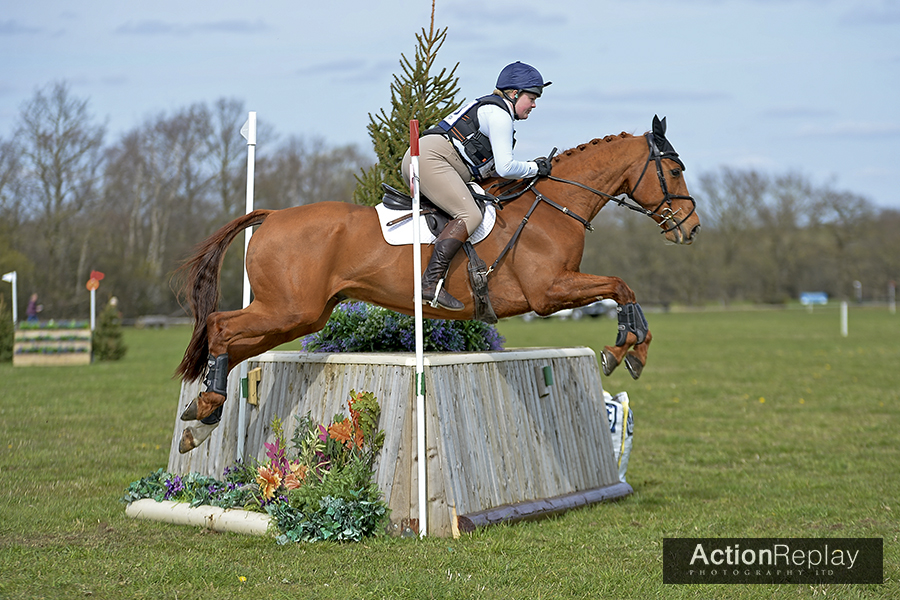